Mid-twentieth century witnessed a renewal of the interest in the problem of evil, presented by Mackie et al. in the form of the logical argument from evil. However, this argument was proven ineffective in securing victory over theism. A more successful strategy was devised by Rowe and Draper—the so-called evidential argument from evil. I believe that the current responses to it fail to defend God. In this paper, I try to face the evidential argument by embracing a triple strategy, which involves an alternative theology. First, a shift of focus regarding suffering from the prevalent anthropocentrism to the perspective of soteriological teleology is proposed. Second, I present a theodicy in line with Plato’s approach in the Timaeus, as well as with some aspects of the theodicy in the Vedānta-sūtra II.1.32–36. Third, I argue that, if the previous two steps contribute towards a plausible answer to the problem of evil, the modified concept of the deity and the associated cosmogonical account should be brought close to the picture of Plato’s demiurge and his act of creation. If it is to provide a successful defense of theism against the problem of evil, that price should not be considered too dear. 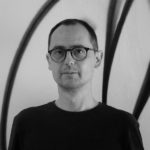