Weyl’s Raum-Zeit-Materie and the Philosophy of Science.

In this contribution I explore the philosophical underpinning of Weyl’s interpretation of Relativity as emerging from Raum-Zeit-Materie. I emphasize the important distinction between the philosophical and the mathematical methods, as well as the dichotomy and relationship between time and consciousness. Weyl identified the latter as the conceptual engine moving the whole history of Western philosophy. and the revolutionary relevance of relativity for its representation is inves-tigated together with the conceptual underpinning of Weyl’s philosophy of science.In identifying the main traits of Weyl’s philosophy of science in 1918, I also offer a philosophical analysis of some underlying concepts of unified field theory. 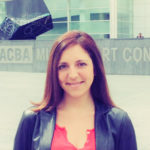