This is a brilliantly written book on how, in late Platonic dialogues, knowledge of the structure and workings of the cosmos is an essential part of political science. But the book is much more than that; it offers a carefully and well-written text, elegantly argued. Its most remarkable contribution is that it offers a series of fresh readings of crucial passages in Timaeus, Statesman, and Laws. Its main proposal is to read Plato’s dialogues through its close relationship with the religious festivals in which they are imbued and with their cultural context more widely. The result sheds new light into how Plato relates to Greek traditional religion, the connection between cosmogony and the foundation of human communities, and Plato’s possible distinction between the good and the beautiful. The book is divided into a prologue, two main parts, and an epi- logue with the author’s concluding remarks. 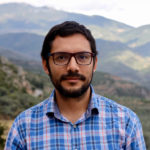